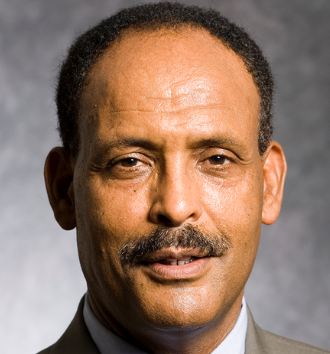 Lemma W. Senbet is the William E. Mayer Chair Professor of Finance at the University of Maryland, College Park. While on an extended leave from the University, Prof Senbet served as Executive Director/CEO of African Economic Research Consortium, 2013-2018, the largest and oldest economic research and training network in Africa. Prof Senbet is a founder of the Center for Financial Policy (CFP) at the Smith School of Business/Maryland and served as its Founding Director, 2009-2013.

Prior to his arrival at the University of Maryland, Prof Senbet held an endowed chair at the University of Wisconsin, Madison, and taught as a visiting professor at Northwestern University, University of California – Berkeley, and New York University. He spearheaded the transformation of the Maryland/Smith Finance and also served as Chair of the Finance Department, 1998-2006. The Maryland Finance department rapidly became a world-class center of research in corporate finance and investments. It is now recognized as among the top finance departments in the world. In 2005, an investment educational program at Maryland was named “The Lemma Senbet Fund” in recognition of Professor Senbet’s significant contributions.

Professor Senbet has received numerous honors and recognitions for his impact on the profession. He has been elected twice to the board of directors of the American Finance Association and is a past president of the Western Finance Association. In 2000, Prof Senbet was inducted into the Financial Economists Roundtable, a distinguished group of worldwide financial economists who have made significant contributions to finance and seek to apply their knowledge to current policy debates. In 2005, he was awarded Honorary Doctorate degree:  Doctor of Letters Honoris Causa from Addis Ababa University, Ethiopia’s oldest institution of higher education (and his alma mater). In 2006, Professor Senbet was inducted Fellow of Financial Management Association International for career-long distinguished scholarship and professional service. In 2012, he was awarded the Ethiopian Diaspora (SEED) award for exemplary lifetime achievements and community service.

Professor Senbet has performed policy work and consulting for a variety of institutions, such as the World Bank, the International Monetary Fund, the United Nations, African Development Bank, and various governmental and private agencies in USA, Canada, and Africa on issues relating to capital market development, financial sector reforms, banking regulation, and financial crisis. He is a member of the Brookings AGI Distinguished Advisory Group and a member of the Advisory Panel of G20 Compact with Africa.

In 2021, Prof Senbet was appointed to the newly established Council of Independent Economic Advisors by the Prime Minister of Ethiopia.  Finally, regarding his role in the US financial industry and Board governance, Prof Senbet was a Director of Fortis Funds and is currently an independent Director for the Hartford Funds.